Do People with Dementia Respond to Massage Therapy? 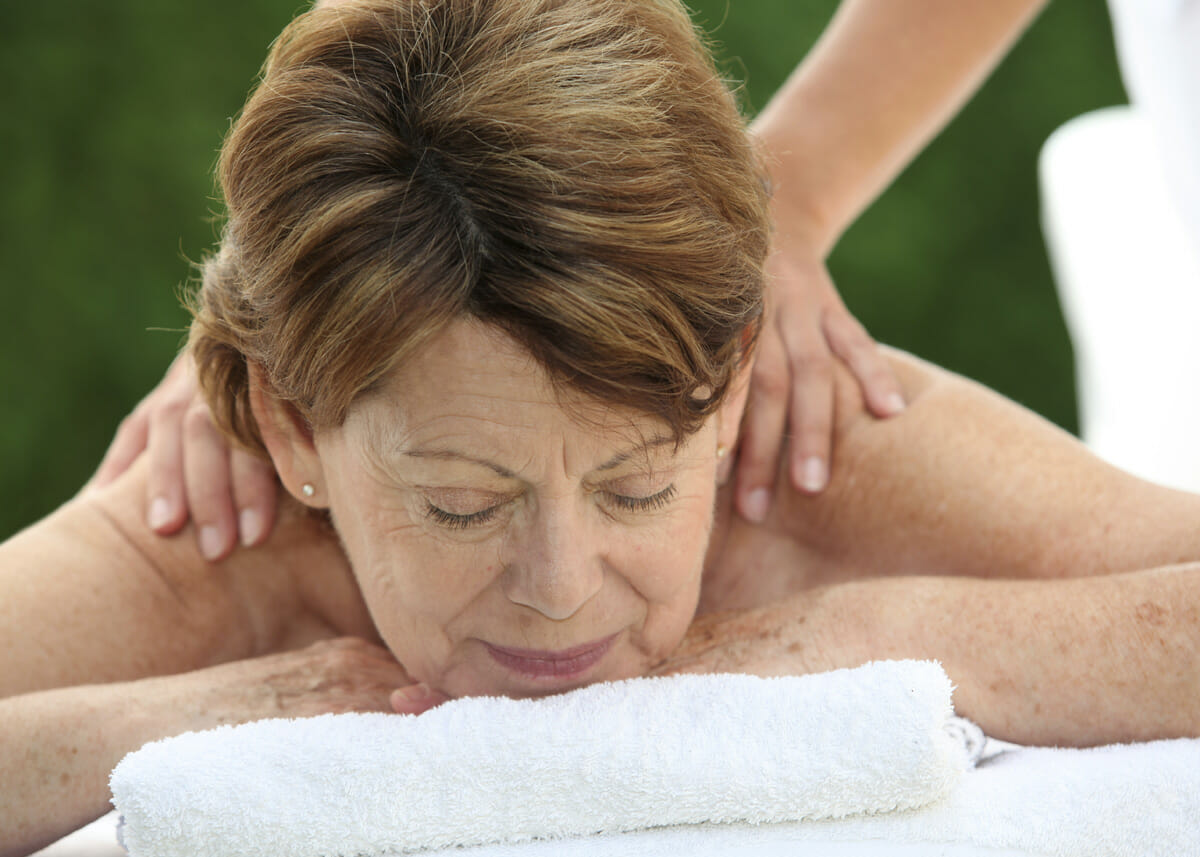 Undoubtedly one of the saddest effects of aging is the onset of dementia. Dementia is a loss of the normal thinking processes, and is considered to be a progressive disorder without a cure.

Alzheimer’s disease is one form of dementia that most people are familiar with, but dementia can also be cause by illness or injury.

While there are a number of specific conditions, in addition to Alzheimer’s, that can cause dementia, the condition is generally considered to be a collection of symptoms:

It is unknown how many people become residents of nursing homes because they have become ‘senile’, but it certainly must be a very large contributing factor. Although correcting certain physical conditions can cure someone of dementia (an untreated infection could cause dementia in an older person), most cases cannot be cured. However, this is not to say that those suffering from this condition cannot be made more comfortable, and even show improvement in some important areas.

Whether the person with dementia is in a nursing home or being cared for by relatives in a private residence, there is no doubt that improvement in their condition can come about from massage therapy. The onset of dementia is often very gradual, with changes taking place slowly over time. However, at some level the affected person is aware that a problem is developing, which serves to make him or her even more nervous and agitated, very often worsening the condition.

A professional massage therapist is one way to provide a measure of treatment and comfort to those who need it most. As dementia progresses, the person becomes more and more isolated, which only exacerbates the problem. Sleep difficulties can become extreme, and emotional outbursts and aggression are not uncommon.

Massage is an excellent way for someone with failing mental powers to reconnect with the world. It breaks through the sense of isolation as our important tactile sensations are addressed. From the time of birth, all of us rely upon sensory input from others, and nothing comforts and reaches out more than the human touch.

As an understanding of how massage therapy can help dementia victims live happier lives, families and nursing homes have begun using massage as a way to ameliorate many of the worst symptoms of this condition.

Because touching is so important to humans, and because of the loneliness and frustration most of those with dementia feel, massage has been found to reopen the world, to some extent, to these people. While most improvements have been to such physical aspects as eating, pain relief, and cessation of aggressive behavior, there have also been instances where there has been an improvement in mental function as well.