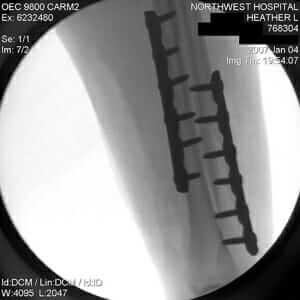 No one coming out of surgery will find themselves lying on a bed of roses. Regardless of whether the procedure was relatively minor, or involved a major operation, the patient will simply want to feel better fast.

Nausea from the anesthesia and pain from the incision and whatever work was done internally all combine to make the post-op world a pretty miserable one.

Fortunately, it has been found that providing those who are recovering from an operation with massage can speed a return to normality.

There can be few things more stressful in life than undergoing a surgical operation. While a few procedures will, of necessity, be done on an emergency basis, in most cases the patient also has days or weeks of worried anticipation to deal with. Many people are very worried and nervous when they are heading into the surgical theatre – with an impaired lymph system to boot, thanks to the stress and anxiety.

Some hospitals have been providing massages to pre-op patients with excellent results; the patient is much calmer when going in, which means that their immune system will be functioning at a high level.

While medical staff will do all they can to keep post-op pain to a minimum, the patient is simply going to hurt after an operation. Not only will the incision be painful, but the damaged nerves at the actual site of the surgery will be inflamed.

Providing a back massage to patients who have undergone serious abdominal or cardiac surgery was found to be as good as a shot of painkiller, and far less likely to have side effects or dependency problems.

Massage can help release the neurotransmitters called endorphins, which are not only our natural pain killers, but also the ‘juice’ that helps us feel happy.

The site where the surgery has occurred will not unnaturally be considered by the patient’s body to be a traumatic injury. One of the ways that the body responds to an injury is by pumping more fluid to the site, which causes swelling, or edema. Although edema is considered normal after surgery, it still contributes to discomfort and pain.

Massage therapy has been found to be effective at helping get rid of the excess fluid after surgery. There can be several approaches to this massage, one being a general massage that will help to relax the body and increase the power of the immune system.

The other way to handle edema is to provide the patient with a lymph drainage massage. A massage of this type will help to stimulate the lymphatic system to assist with draining off the excess fluid. At times the swelling will occur away from the surgical site, such as when abdominal surgery causes the lower legs to swell. The masseur may or may not massage the affected area – the whole point is to get the lymph system working more effectively to reduce the edema quickly.

Scar Tissue Inside and Out

While scars after surgery are to be expected, minimizing them as much as possible is generally desired. Even should the scar occur in an area not normally viewed by the general public, few people enjoy looking down at a raging big scar. Scars will also occur internally after surgery, and these scars are called adhesions.

Our bodies do a pretty good job at healing us up, but the job has faltered as regards scar tissue. Scar tissue just isn’t the same as that which it replaces. Instead of nice, flexible muscle tissue, scar tissue is a brittle, inflexible, weak job that pulls and sometimes expands, especially internally. Part of the problem is that the new fibers that are laid down in the scar tissue go every which way, rather than in one direction as is the norm with healthy tissue.

Massage therapy has proven itself time and again at helping to reduce the size of scars. This will also apply to internal adhesions. The use of massage will assist in aligning the new fibers as they should be, rather than haphazardly. Because this scar tissue is now lined up correctly, it will be less likely to break or pull uncomfortably. Deep massage techniques are usually required for adhesions.