The Human Touch Is Important in Nursing Homes 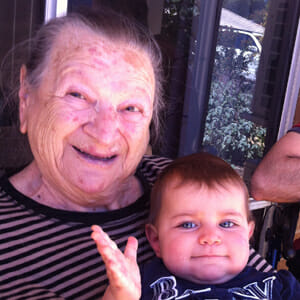 It is estimated that approximate five percent of the senior population is in a nursing home at any point in time.

The reasons why elderly people are placed in nursing homes includes physical or mental disability and/or the lack of resources or support to maintain an independent or semi-independent existence.

Regardless of the level of care provided by the nursing home, there is no escaping the fact that the inmates there are isolated from family and friends.

Many people in nursing homes suffer not only from a physical problem, but also from depression from being in the home. It’s certainly no secret that older people begin to deteriorate mentally and physically quite soon after admission to a nursing home, but it has been found that something can help to make their stay in the home more tolerable – massage therapy.

Living in a Nursing Home

Being admitted to a nursing home will mean a complete change in the person’s lifestyle. Older people who were previously independent or living with relatives will find themselves thrown in with strangers. They will have to learn how to deal with caretakers and other residents. To a great extent, privacy is a thing of the past.

A professional massage therapist can really have a positive impact in the lives of those who live in nursing homes, often simply by providing a human touch. Our modern world seems to have separated us to some extent from our actual humanity, and this is especially true when people are confined to a nursing home. Isolation from the familiar, separation from family, and generally sterile surroundings can all contribute to mental and physical deterioration.

Why Massage Is so Important

Massage might be considered to be the epitome of tactile sensations. A skilled and caring masseur provides much more than a simple manipulation of muscles; he or she provides the human touch so often absent in a nursing home.

A weekly visit from a masseur can have a profound impact on inmates:

It would be a mistake to think that everyone in a nursing home is a senior citizen. It is quite true that most people in these residences are elderly, but up to 14% of people in nursing homes are young, many of them in their 20s and 30s. This is the fastest growing segment of the nursing home population. These people are usually found in nursing homes as the result of serious accidents, but their needs will differ little from those of their older neighbors.

Regardless of the age of the nursing home resident, massage should be considered a part of the regular schedule. Providing massage therapy can make not only an important difference in the physical health of the inmates, but also in their outlook. Many nursing home directors are now considering massage to be a necessary part of assisted living.