Why Organic Food Is Better for You 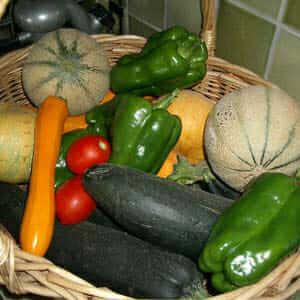 Awareness of the importance of organic food as blossomed in the past few decades. This has developed from a time when consumers simply grabbed produce out of bins without a thought of how it had been grown to a careful consideration of the ‘background’ of the food being eaten.

For years farmers drenched plants and the soil with pesticides, herbicides, and artificial fertilizers, and it can certainly be no accident that elevated rates for serious diseases have soared, sometimes dramatically. With the chance of getting cancer at some point in your life now at nearly 30%, people are looking for ways to live longer and healthier lives.

People are often confused about the difference between conventional, natural, and organic food. The difference lies not only in the methods used to grow or raise the food, but also how the food is processed.

Because of the care needed to grow and raise organic food, it is generally higher in price than either conventional or natural food, but most people who prefer organic consider it to be well worth the additional expense.

Pesticides and Herbicides Are Harmful

The debate about whether organic food is actually healthier for people could go on forever, but there are a couple of significant facts that may speak in favor of organic food:

Even if the food is washed before being eaten, it is often impossible to remove all the pesticide, especially when a systemic pesticide has been used.

The Benefits of Organic Food

Because food grown or raised organically has not been exposed to toxic chemicals, it will not produce the potentially harmful long term health effects that conventionally grown food will.

Eating organically is important for everyone in the family, but will benefit children and pregnant women especially. Going organic will mean that you and your family will be able to eat more wholesome and nutritious food, and food that also tastes a good deal better than that produced by artificial means.